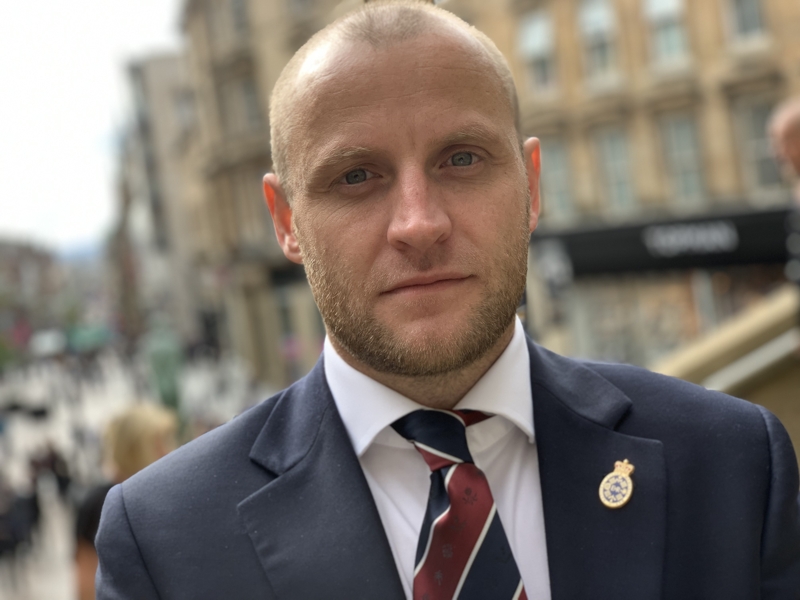 These Federation in person conferences are important to members, and to elected officials for the welcome opportunity to update members on key issues and for valuable feedback from the Federation representatives.

I want to begin with some comments about the societal context in which the police service works today and a few quite specific ones concerning the CNC.

Over the past few weeks, the police service has suffered serious abuse from militant lobby groups, quick-mouthed politicians, and the media. The trigger for all that was one rogue Met and ex-CNC officer. Single-handedly, through a most appalling murder, he betrayed everything that the police stand for. He undermined public confidence in the uniform and the warrant card.

Thankfully and justly, he has been incarcerated for life. But the damage he has done will take a mountain of effort to undo.

For past several weeks, his evil deed has resulted in an irresponsible and unfair targeting of policing among the media. They have dug out and, in some cases, embellished police stories which denigrated the reputation of the UK police service. However, we must be conscious that the individual behaviour of a very small minority of police has not helped our case either.

The morale of the police could hardly have been worse affected.

Yet over the same past few weeks, we have had National Police Memorial Day, which commemorates the sacrifice of over 4000 UK police officers who died in the line of duty. I was honoured enough, along with the Chief, to escort our colleagues' PC Darryl Street's family to this event.

Next week we have the Defence Police Federation Excellence Awards and then next month the 2021 PFEW Police Bravery Awards. And as you heard this afternoon, we feel the CNC also has a story to tell of our fantastic colleagues and are giving strong consideration to running our own similar Awards event.

These Awards would be for incredible acts of heroism, excellence, inspiration or achievement. To highlight the fantastic work of colleagues which goes unreported. Colleagues who raise money for good causes. Colleagues who go that extra mile. Awards to ordinary officers doing an extraordinary job.

Being prepared to put ourselves in harm's way, to protect the public, is a core requirement of policing. It's a frontline commitment that should be recognised and appreciated by the public, by the media, by our politicians and especially by Government. It's a pity that only the Government of Scotland seems to understand that its officers should be financially recognised for their work, in the most challenging health environment the UK has seen in a hundred years.

The various inquiries currently underway will have plenty to say about what went wrong, as well as lessons to learn over the actions of a despicable police officer that I shall not name. But what should not be forgotten is that the reputation of the police is in the hands, not of senior management or in the recommendations of inquiries, but in the day-to-day conduct of individual officers and how we interact with each other and with the public.

The Federations must play their part in restoring public confidence. We have a role in staying close to our members, in articulating their frustrations and aspirations in the job. But we also need to ensure we confront and challenge unacceptable behaviour within our ranks. Whether it be misogyny, racism or any other form of disrespectful or unacceptable behaviour. To tackle these issues, we must tackle them together. We need to promote a culture which is inclusive for everyone equally. Without fear or favour.

Our welfare and efficiency remit includes reinforcing the high personal standards demanded of officers. In return we expect Command Teams, Police Authorities, Police and Crime Commissioners to maximise their understanding of what the policing job entails and the pressures officers work under.

Our conference is more modest in size than most, but the agenda is very similar no matter what size the Force.

Today we also covered pensions, the police covenant, the strain policing can have on the mental health of officers and the ambition for a more enhanced strategic role for the CNC.

Our campaign to retain our normal pension age of 60 is still a work in progress. The evidence that AFOs over 60 cannot perform effectively or safely is unchallenged. There's little prospect of officers maintaining the contracted fitness levels beyond 60 and the evidence shows there is even less hope of a female officer succeeding.

Government Ministers have come and gone - and I'm sure we have established some sort of lobbying record by having engaged with ten successive Ministers on a single issue.

Currently an interdepartmental working group is wrestling with the problem. it's the most support we have had from Government regarding the issue, but such is their struggle that I am genuinely concerned the issue gets put back the 'too difficult box'. We will do everything we can to ensure this doesn't happen.

The late Lord Hutton, he of the 2011 public pensions report, concluded that the uniformed services should retire at 60. He didn't know of the existence of the smaller uniform forces such as the MDP and the CNC. When he did become aware, he said that it was, and I quote, "a matter of fairness" that we should be able to retire along with the rest of the police service at 60. Even so... Successive Governments have defied his publicly stated wishes and sought to take advantage of a legislative oversight. That must rank with freezing our pay for cynicism.

The fight for pensions parity continues, even if we are to head for the courts.

On future pay remit, we will be supporting the other national federations in highlighting to Government the need for a substantial pay rise this year and to rectify what has been in real terms, over 10 years of cuts to police base pay. The police should not be left out of the recent strong hints from Government, that the freeze on public service pay will be lifted.

We had more success with the Police Covenant. Our initial disappointment, maybe anger is a better word, was that we, and here I include the MDP and the BTP, were being offered lesser standing than the Home Office forces. We were not being main streamed in the legislation and would have to rely on our respective sponsoring Departments for fair treatment, rather than the Home Office itself. It's as if the Home Office had, or maybe still has, a mindset that the UK has a two-tier police service.

I'm pleased to say that heavy lobbying of Ministers and with the support of Members of Parliament - the three Federations working together persuaded the Government to make the legislation more inclusive. We will now enjoy proper participation in the development of the Police Covenant framework. Still early days and time will tell.

Let me give you more background to why we are looking at plans for a CNPF Awards ceremony. The impetus for this initiative comes from a very simple truth. As a general rule it is a mistake for any public organisation to have zero-media awareness and no Parliamentary profile.

Unfortunately, the CNC only learnt that lesson when it was left off the Public Service Pensions exempt list for retirement at 60. Nobody had heard of us. My predecessor realised the handicap of being anonymous had to be addressed and considerable strides in profile building are being made. But it's ironic and embarrassing, that the main time recently, that the CNC has made national media is through one of our former officers being a murderer.

This is not right. We have a better story to tell.

A CNPF Awards ceremony reflects a new determination to let the wider public, press and politicians know of the good work we do as part of the UK police service. The benefits of heightened awareness should be seen in recruitment and retention and in the professional reputation of the CNC.

It will also assist - we hope and anticipate - in boosting the morale amongst hard working colleagues who will be able to be celebrated. And who will see that we - their Federation - are doing our best to redress the balance of the stream of negativity. That we can highlight and shout about the good and great work that we as CNC officers do both on and off duty.

What will also help recruitment and retention, is the publication last year of the Civil Nuclear Police Authority's strategic plans. The strategy would look to expand the remit of the Force. The CNC not only protects the Nation's civil nuclear assets but plays a vital role in counter-terrorism support.

We have had a regular presence along with other forces at key events such as G7. For almost the past two weeks we have had CNC specialist officers deployed in Glasgow working alongside many other policing colleagues from all over the UK, ensuring the safety and security of Heads of State and delegates at COP26. We could do more, if permitted, to work with the wider community and UK industry, making better use of our understated professional capability.

The Federation wholeheartedly supports the ambition of the strategy and we know that the proposed heightened role has found favour with the Government. We await the outcome of the current consultation process.

The big picture context in which the CNC works is shaped by the availability of nuclear energy and the protection of the civil nuclear assets. Although Britain established the world's first civil nuclear programme, the industry's contribution to the nation's electricity has been in decline since the late nineties.

That could all change as the Government reappraises how it's going to keep the lights on in Britain and how the wheels of industry can continue to turn. Nuclear energy could have a bigger role in powering Britain, especially in delivering a carbon free environment.

The soaring cost of energy bills may not be good news for our personal monthly outgoings as consumers. But a new emphasis on nuclear energy could herald a massive uplift in the future of the CNC.

So, on that optimistic note I will close now. Let me thank our speakers, our guests and our delegates for their input and attendance today and for their fortitude in waiting these few minutes before we move to a more informal, social stage of our conference.