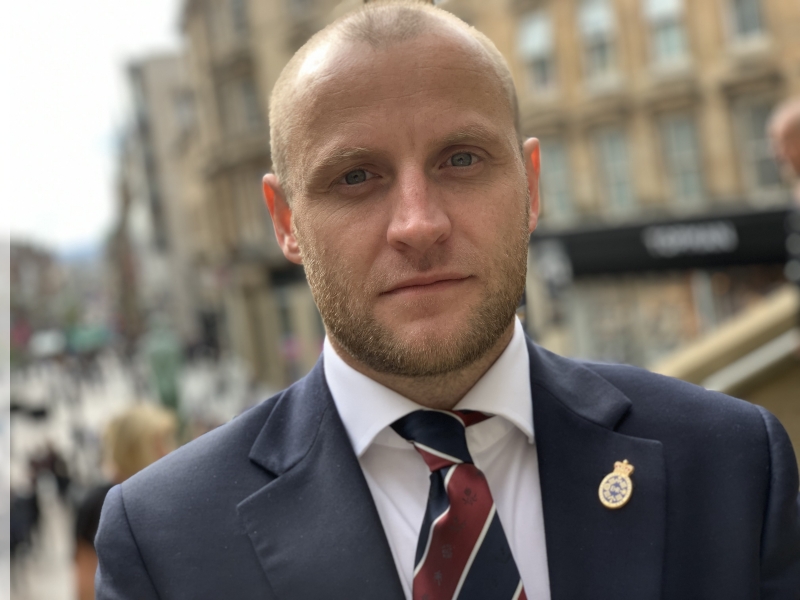 I'm incredibly proud and honoured to be the new Chairman of the Civil Nuclear Police Federation. I am really looking forward to taking on the role from Mark Nelson who quite simply has done a brilliant job as Chairman. If I can serve members as well as he has then I'll have done a great job.

I have an incredibly tough act to follow. Mark has been very successful and has overseen some major changes to the CNC for our members, some of which they probably won't have even realised they are benefitting from.

Likewise, Nigel Dennis who is also leaving in February. Nigel has done a fantastic job as Chief Executive. Both he and Mark have been mentors and major influencers for me so I would like to thank them both for doing what were very difficult jobs.

My thanks too to Peter Storey who's leaving the executive committee. Peter has done a great job for members and with him, Mark and Nigel all leaving, as a Federation we'll be going through a bit of a transition period. It means one of my first priorities will be to get through this period and build the executive team back up.

I want to improve communication and engagement in the Federation from the ground up and ensure our Reps are trained and confident dealing with the issues they face. I want to carry on meeting as many members as possible too. Whoever comes onto the executive, particularly the CEO, will be on a steep learning curve and they'll have to get around, visiting members, hear their concerns, and getting a feel of what the job, what this role, entails. I'll have to guide them and of course our day to day roles representing members will carry on.

Pensions are still an issue for us, and we are waiting on the remedy now to the judges' and firefighters' pension case to find out how that might affect us in the CNC. We've been told that might take a couple of years, so we'll continue to chip away, lobbying and asking the right questions to try and get a positive outcome.

I want to carry on building relationships with everyone including the Chief Constable. Sometimes we might disagree on issues, but you remain professional of course. I also want to thank members for their support through this transition period and as always, I'm very happy to come and meet them and talk to them if they have any concerns.

If anyone is interested in a role with the Federation, come and talk to us; there's going to be some opportunities coming up and we'd be very pleased to hear from you.

And finally, a massive thank you to all CNC officers and staff for your continued hard work and incredible dedication to the job.