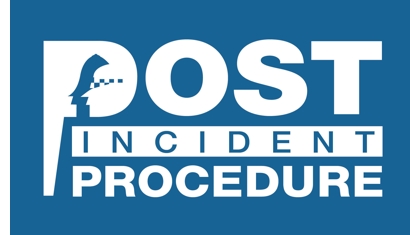 The Police Firearms Officers' Association who are licensed by the College of Policing ran the four-day course, attended by CNC Fed reps from across the country. It covered the four stages of PIP following the discharge of a weapon by the police which results in death or serious injury, reveals potential failings in command, or endangers officers or the public.

The Reps learned about the kinds of requests they would receive from the Independent Office for Police Conduct (IOPC) and in what circumstances they are able to push back. Reps were told how to brief officers and the importance of officers not discussing the event with each other.

Firearms instructor and CNPF executive member Roger Middleton was instrumental in arranging this course as it was realised the CNPF didn't have enough UK wide coverage of trained Reps to effectively deal with any large scale event. Given that the CNC have been increasing their exposure to the public in recent years it has made this training even more relevant.

Roger said: "We go out now on a regular basis supporting Home Office forces. We're getting more and more interaction with the public and at some point in the future we might sadly have a death or serious injury following contact with our members. I felt that our Fed Reps were not well enough equipped to look after officers in that situation - not only do they need to look after our officers but they've also got the organisational reputation to think of."

He continued: "This course is designed to empower Fed reps to support the Post Incident process, to give them the confidence to appropriately challenge requests from the IOPC if necessary. The accredited Reps are now an integral part of the process and will liaise with our Home Office colleagues, the Independent Investigation Authority and senior officers within the CNC. The Reps finished the course under no illusion that they have a very important and vital role in this process, but the overriding principle is the welfare of the officers involved."

The CNC Fed reps were assessed during their training, and the national accreditation means they are now on a par with Fed reps in the Home Office forces.

Roger concluded: "It's been a really important course for us to do."

Ian Muir, CNPF Chair, said: "A big thanks to Roger for increasing our capacity in this area by managing this very important training. This is part of a bigger project to professionalise the role of the Federation Rep and bring increased job satisfaction to the role.

"Thanks also to our Chief Constable, Simon Chesterman, who opened the course and impressed upon the reps the importance of the role and to ACC Louise Harrison who presented officers with their accreditation certificates on the final day."